The European Space Agency’s ESTEC Test Center in the Netherlands has been expanded with a new 350 square meter research room to provide additional space for hosting satellites.

At an area of ​​about 3,000 square metres, the European Space Agency’s (ESA) ESTEC Test Center in Noordwijk, the Netherlands, was already Europe’s largest satellite testing facility. Now it has grown even larger, with the official opening of a new 350 square meter environmentally controlled cleanroom next to it.

“The new cleanroom will provide additional space to host the satellites when they arrive at the site,” explains Gaetan Beret, supervisor of the test center. “It will also host sensitive micro-vibration measurement facilities, which are used to describe the very low vibrations generated by the mechanisms installed on the satellites.”

Officially known as the “FV” Cleanroom, its opening was announced with an official ribbon cutting by Marco Massaro, Head of Real Estate and Facilities Management at ESA. Paulien van Essen, Regional Director of the leading construction company Heijmans and Torben Henriksen, President of ESTEC and ESA Director of Technology, Engineering and Quality.

Heijmans was selected for expansion and the company planned to have as little impact on the rest of the site as possible, allowing the rest of the test center to continue nominal operations. 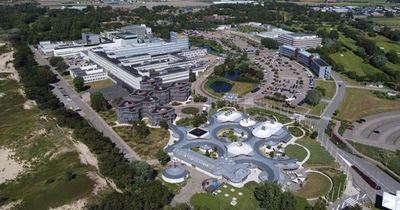 “That’s why we rejected roads on stilts,” explained Jan Trautmann of ESA Facilities Management, which is managing the construction project. Instead, cast-in-place pillars have been used, which involves drilling deep holes, then lowering rebar and filling them with concrete. This method generates much less noise and vibration. “

“This is the nicest clean room we’ve had on the site,” said Henriksen. “In our test center, cleanrooms have been in short supply for some time, especially with some software based here for extended periods – BepiColombo has been here for some time, along with Galileo satellites. So the need for expansion was clear.

“To start with an engineering model of the Smile satellite from China, which will be placed here soon, as well as several Galileo satellites. The construction process took place during the COVID-19 pandemic, so it has been a long journey to get to this point, but I would like to thank Heijmans for their hard work” . 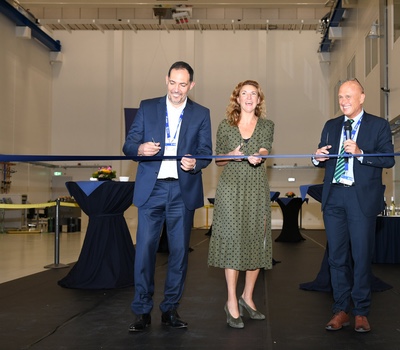 Most of the time, an ESTEC test center has multiple test items within its walls at once. Complex planning and traffic management are essential to ensuring that every project reaches the facility they need at the time they need it. So enough space is needed to accommodate the various satellites and allow their movement between testing facilities.

The FV cleanroom will also host sensitive micro-vibration measurement facilities at the ESTEC Test Center, which are used to characterize the ultra-low vibrations from satellite-mounted mechanisms, made possible by a large seismic mass below the building.

The next step will be the creation of a corridor connecting the FV cleanroom with the main environmentally controlled test center building.