What are micro polymeric devices?

Microdevices has gained research interest in the fields of biomedicine and optics, with progress in recent years toward mass production and commercialization. Devices can be made of several materials such as glass, ceramics, metals, and polymers.

Many innovative applications of microdevices have been explored including drug delivery systems such as microneedles, diagnostic microfluidic devices, medical implants, devices with nano/microscopic functional surfaces, and micro-optics. Devices can be designed with complex microstructures and new functions.

The use of polymeric micro-devices for micro- and nano-scale surfaces on devices such as microfluidic chips significantly increases the surface-to-volume ratio, improving their performance. Considerable progress has been made in research in recent years in the design of polymeric micro-devices, both as stand-alone applications and as surface components for other small-scale devices.

Several studies have evaluated the fabrication processes for polymeric micro-devices, with microinjection molding emerging as a suitable method. Technological advances have made it a preferred large-scale manufacturing technique.

This technology was initially developed in the late 1980s, but in the early stages of its development, there were no suitable automated techniques. Traditional injection molding machines modified with hydraulic drive functions were used to replicate miniature parts with a high aspect ratio. The production of precise, reliable and practical devices was a major challenge.

Industrial microinjection molding experiments have revealed significant problems with the use of traditional injection molding techniques, including long cycle times, process inconsistencies, material waste, and accommodation problems. Other issues include the required tolerances of precision-moulded parts and in the case of micro-polymeric devices, and undesirable modification of their properties and microstructure.

Polymeric micro and nano features require high quality and consistent repeatability to ensure device performance. Critical problems with traditional injection molding techniques have led to a significant research focus on equipment development and parameter optimization techniques. Precision molding technologies based on reciprocating screws, pistons, and multi-stage systems have been developed over the past 20 years. 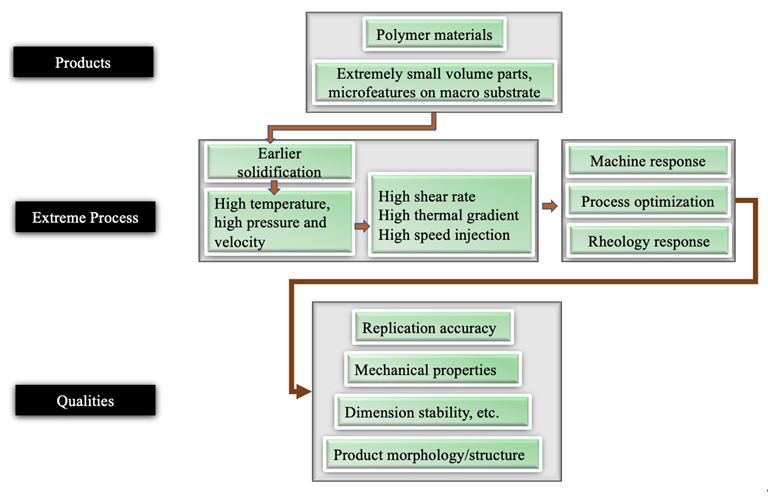 Microinjection molding of polymeric micro-devices is an area that is still in its relative infancy, but significant progress has been made in recent decades. the paper in precision machining Provides a review of the latest current perspectives on the technology and properties of polymeric micro-devices produced using microinjection molding techniques.

Perspectives on equipment, processes, tools, nano and molecular transcription, and applications are highlighted. In addition, the rheological properties, mechanical properties, and conformations of the polymeric devices have been comprehensively reviewed by the authors.

Overall, the review has highlighted major advances in this field in recent years, and the authors note that fundamental development in the field of microinjection molding for polymeric devices has generated new devices with precise scales and vast amounts of practical knowledge and know-how. For future product development.

Like any field of technology, however, there are several limitations in this field that must be overcome to ensure the mass production and commercial viability of large-scale polymeric microdevices produced via microinjection molding methods. The review highlighted several key challenges.

First, optimizing mold design to replicate high-quality devices with improved features and functionality is a major technical challenge. Sophisticated and reliable vacuum ventilation systems and temperature control systems must be designed for the molds. 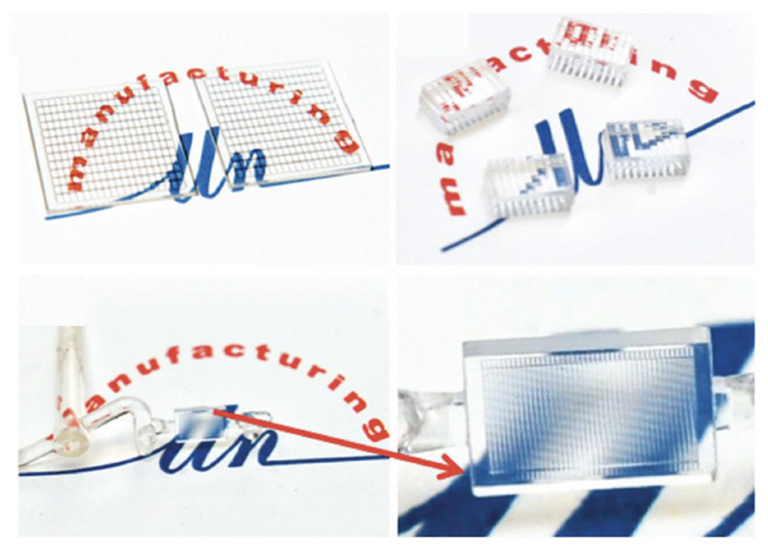 Advances in semiconductor fabrication methods could lead to the production of larger substrates with both nano- and nano-scale surface features. In the current research, multiscale fabrication of integrated surface features on metallic substrates and inserts has not been reported extensively. Commercial microfluidic devices urgently need to research the integration of embedded functions.

Finally, optimizing the entire process chain has huge potential for this field, and the incorporation of Industry 4.0 technologies can help the industrial scale mass production of polymeric micro-injection-molded microdevices.

The review paper provided a comprehensive knowledge base for future researchers in the design and fabrication of small polymer devices. ICSI plays an increasingly central role in the production of these sophisticated, compact devices. While many major challenges remain, huge potential exists to design innovative and advanced devices in areas such as biomedicine, optics and diagnostics.

Disclaimer: The opinions expressed here are those of the author expressed in his personal capacity and do not necessarily represent the opinions of AZoM.com Limited T/A AZoNetwork is the owner and operator of this website. This disclaimer forms part of the terms and conditions of use of this website.