In the wake of Cavan’s loss to Westmeath in the opening Tailteann Cup, manager Mickey Graham has indicated he may be considering his future at the helm.

“Sometimes change is good,” He said at the time, He hints that perhaps four years in his hometown position was enough for him. And if that’s the end, he won’t walk away empty-handed. A Division 4 title and the Ulster SFC crown in 2020 – the first for the county since 1997 – would be a good way to sign off on his reign.

Graham stressed that the hours after his final loss at Croke Park in July wasn’t the place to make any final calls, and so he went on vacation to de-stress.

Within a month, Graham had settled on a decision: He was fit for another two years as Chief Cavan.

“I’ve always said that when the four years were over and I was still in a position to take stock of the scene, where we are as a group and the county,” he said. The42 About his thought process behind his decision.

“Emotions were running high after the Tailteann Cup, everyone was so disappointed.

“I took time away and went on vacation. And when I came back, I started calling the players to get their ideas on how things were going. [this year] and where we were. The feedback was very positive. They felt we had a good season, we got out of Division 4, we won the National League title, we lost hard to Donegal. Then we went to the Tailteann Cup final and Westsmith was the better team that day and totally deserved to win.

We’ve made strides and had a few injuries along the way that would make a huge difference for us. But when we look at where we were four years ago and where we are now, we feel we are in a better place in terms of facilities, setup, back team and we have come a long way.

“It is my own municipality and a great privilege to run my own. These opportunities don’t come around very often, and when they do, you have to make the most of them and enjoy them.”

The Tailteann Cup was a divisive topic in the GAA before it was officially introduced. Many feared that the second-tier football competition could lead to a disconnect between teams and the Sam Maguire Championship, hampering any hope of progress.

The Covid-19 pandemic delayed him until 2022, but now that the first edition of the competition is complete, Graham is proud to say that he has led a team to the first decision-maker.

“We embraced it,” Graham says, giving the Tailteann Cup a glowing review.

“We said it was a chance to compete for titles and get back to competing with the big teams. Winning the Tailteann Cup meant reaching the last 16 of next year’s tournament which was a huge carrot. [for us]. Young people gave great excitement about Kavan. Getting to Croke Park twice in one summer to follow their team really inspired them.

“You’d think it was the Ulster final we were in with all the blue and white. There was a great atmosphere with the fans going into the final. So you can see the supporters bought in too.

Looking at it now, I firmly believe that there are a lot of teams that probably haven’t fully committed to the Tailteann Cup and they will probably look at Kavan and Westsmith, see what the weather was like, [they’ll realise] This is the right way and this is a realistic chance to win titles.”

The 2023 season is still months away, but Graham has already put together a compelling squad in the background. Domestic champion Seanie Johnston and superb Ryan McMenamin Tyrone are both kept on the ticket after they both participated in the 2022 campaign, as did John Denning. 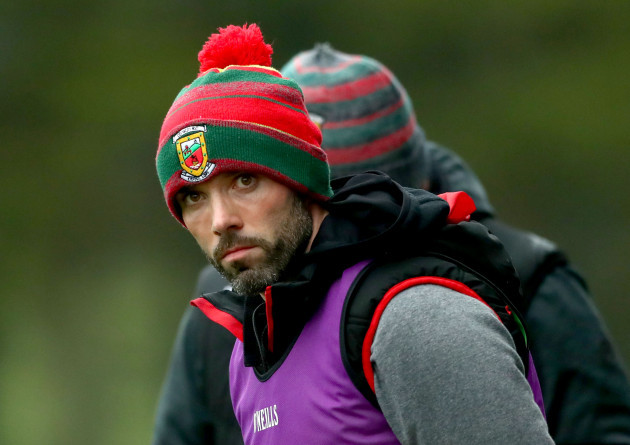 Graham has included an interesting addition to that already impressive unit, with former Mayo coach James Burke agreeing to join. Burke is a highly rated mentor who previously worked under James Horan during his time with the Mayo players.

Graham first encountered Burke’s coaching style in 2019 when Kavan and Mayo were competing in the Division I. With Martin Curry stepping down from the Cavan team after an “excellent” contribution to the setup, Graham felt a new voice from somewhere out of the country. The Ulster region can bring a new freshness to the team.

“I was going to look at him closely and any guy who has coached for four years under James Horan and has the players respect, he must be really good. He has trained at the highest level with some of the best players in the country. They talked about him a lot in May and we met a few times in Challenge matches.

“James is a young guy too. He’s modern, he plays with Ballymun and he has a lot of experience so I hope he brings a fresh, new style that the players will embrace.”

Prior to taking the Kavan job, Graham had some leanings about the depth and breadth of the back teams required to run an inter-county team. He previously ran Mullinalaghta Club in North Longford which famously coached him to the Leinster glory in 2018, but the number of assignments involved in the role increased significantly when he moved on to Cavan’s job.

Delegating is the main cornerstone of the party, and the main factor working for Graham to keep all the dishes circulating in the air, is that he lives locally.

“The amount of workload that goes into setting up an inter-district team is huge. People just see what’s going on in the training grounds but it goes on away from the training ground. Watching videos, doing analysis, ringing players, meeting people – a lot of work is done. Are all of them needed?I think you can probably reduce them by one or two.

“There’s a lot of stuff to take on board and try to squeeze it all into a 9-5 job, you talk an extra 40-50 hours a week when you’re on an intercounty band. It’s not easy and the more people can help. In sharing the load, it makes it easier for people. People need a life and enjoy what they do too.”

The main question that follows Graham’s vision is whether or not a manager’s lifestyle is sustainable given all the requirements involved.

“It’s tough, and it takes a long time,” Graham says as he prepares for two more seasons on the managerial treadmill.

“The hours you spend away from the training ground… For me, I am lucky enough to live in Cavan Town, so Kingspan Breffni Park is only five minutes away from me. But if I were to travel an hour and a half or two to train, would I be able to Who did that for four years? I don’t know if I’d have the energy to keep it up. 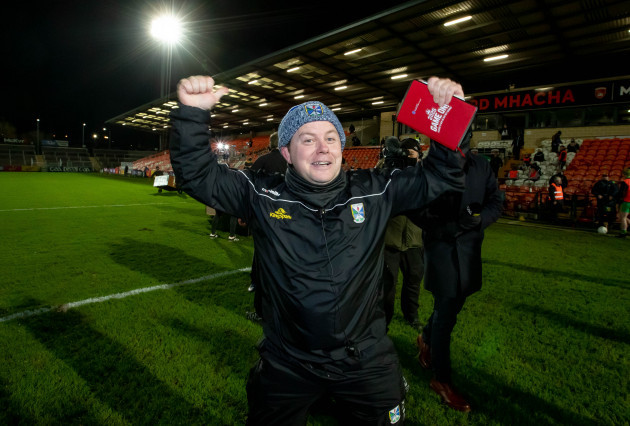 “I can understand why managers who frequently travel two hours stay in training for only two or three years.

“Managers who are in management now can make it work but if you look at the jobs that haven’t been filled yet, is there a reason for that? Maybe it’s getting harder to convince someone of those jobs because of the time it takes to manage a team. Years ago, these jobs would have been filled in within two weeks but [in] In the past two years, counties have taken longer to fill these positions.

Maybe people don’t have the time to do it like they used to years ago. Jobs are now more demanding, people are busier than ever, and there is definitely a pattern after starting there over the last two or three years.”